The next meeting will take place in Corridonia, on Tuesday 10th December, starting from 10 am, in the movie theatre “Luigi Lanzi”.The theme of the event is “I POETI AFRICANI RACCONTANO L’AFRICA” (African poets talk about Africa): a summary of the best readings of male and female poets, who have been performed during the previous meetings of the exposition and who express the values, feelings and key-images of Africa in the best way.

The choice of the day is not coincidental: 10th December is the International Day of Human Rights. The event will start with the screening of a documentary film “A travel story” (directed by Silvia Luciani) in order to remember how many people in the world suffer the violation of worldwide recognized rights. The President of ACSIM, dr. Daniel Amanze, will introduce the meeting, which will continue with the greetings of the partecipating Istitutions.

The writer and literary critic, Filippo Davoli, will introduce the authors,whose works will be read in the original language by Augusta Oluchi, Tijani Amanze, Diallo Mamadou Saliou and Diana Fezer (cultural mediators), while the reading in Italian will be managed by ACSIM team. During and after the readings, there will be the musical entertainment of “Number One” (Mass Pape), dances performed by the guys of ACSIM team (West-Africa section) and a live pictorial jam of the artist Javier Stacchiotti. Moreover, the students of IPSIA “F. Corridoni” of Corridonia will take part in the meeting, not only as audience 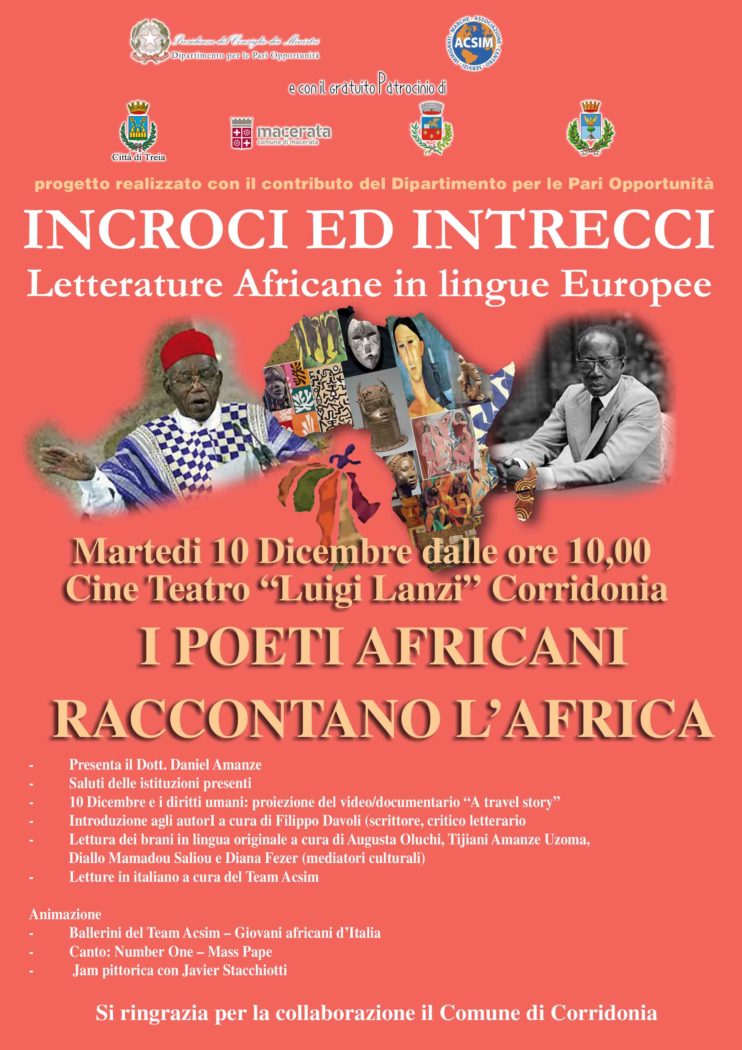 Utilizziamo i cookie per essere sicuri che tu possa avere la migliore esperienza sul nostro sito. Se continui ad utilizzare questo sito assumiamo che tu ci stia dando il tuo consenso. // We use cookies to ensure that we give you the best experience on our website. If you continue without changing your settings, we'll assume that you are happy to receive all cookies on ACSIM website. However, you can change your cookie settings at any time. OkNoScopri di più - Find out more